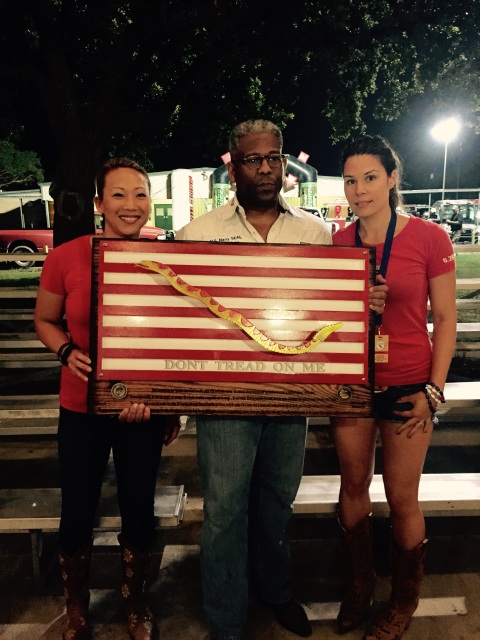 Don't Tread On Me Flag donated to the Navy SEAL Foundation

SKU:
$0.00
Unavailable
per item
This flag was donated to the Navy SEAL Foundation.

We are so proud to have been able to make this flag. The oak was reclaimed wood. I purchased it from a surgeon who was in Vietnam and also in the 1993 Somalia events that led to American American bodies being drug through the streets. He was part of a surgical team that supports special operators during high risk deployments. His father crafted a large library for their home. His father was on the second Normandy wave, wounded in St Lo, met his wife while convalescing in London. He received the French Legion of Honor in a 2004 60th anniversary of d-day held in France. When his father passed, the wood transitioned to him and ultimately to us.
The bottom line. That wood has been cared for and passed from one patriot to another! Americans who's actions speak volumes. World War II, Vietnam, Somalia 1993, Haiti, Bosnia, Afghanistan, Iraq, Yemen and Somalia again...

"Don't Tread On Me" It is not just a slogan!